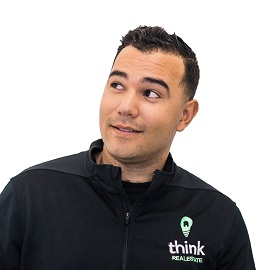 Zack Sanchez was born and raised in Panama City and is the proud son of Ruben and Iris Sanchez. His mother and father, native Puerto Ricans, are the embodiment of God-fearing, hardworking, and loving. Zack's trademark character was developed while watching his parents work hard and love well. They opened a local favorite restaurant in town which quickly became the place where Zack would learn not only the ins and outs of owning and operating a business but would also serve as the foundation of the development of his passionate work ethic.

Zack is a graduate of Florida State University where he received his Bachelor of Science in Business Administration. True to his nature, Zack graduated college with honors at the ripe old age of 19, ready to conquer the world with those values he learned growing up – working hard and loving well.

Zack began his career in real estate when he was just 15 years old, when he bought his first piece of property to build a spec home. When other kids were stressing about who to ask to prom or maybe what their moms put in their lunchboxes that day, Zack was working hard, and saving to buy more properties.

Upon graduating college, he started a job in banking, and later, insurance, where he learned management, how to effectively work with and lead a team of people, and general "how to make people happy" skills. During his time in insurance, Zack received his real estate license and began to flip houses. It didn't take long for him to realize that real estate was his true passion, and the beginnings of Think Real Estate began to take shape. As his days became longer, and nights became shorter while working a full-time job, and doing real estate on the side, he knew it was time to bring his five-year plan to fruition.

Zack currently is the proud co-owner of each of the following businesses:

Zack currently serves on the following Board of Directors:

Zack is happily smitten with his wife, Olivia, who is just as busy, energetic, and driven as he is. They have two beautiful children, Vivian, and Violet. Zack enjoys spending time traveling with his family and enjoying his hometown Bay County. Zack is committed to making the world around him a better place.