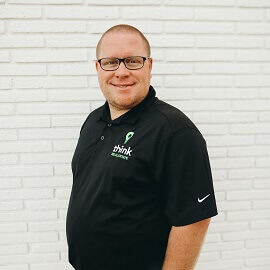 A Bookworm By Heart

Dr. Brent Williams was born and raised in Bay County, FL; where he attended and graduated from Mosley High School of Lynn Haven, FL in 2006. After graduating high school, he attended Gulf Coast State College; while working and learning the Construction Industry from a local building Contractor. During this time, he bought his first home at the age of 18. Brent and his wife of 9 years started their family in this home in 2011. Since bringing home their first born, they have been blessed with two other children. Brent’s wife, Rebecca Williams is a Registered Nurse at a local hospital.

While raising their three children Brent owned a local business for 8 years on Panama City Beach. After deciding it was time for a career change, he obtained his Real Estate Sales License in 2014 and started his career at a local brokerage. Less than a year in to becoming a Realtor, Brent decided he needed a real estate brokerage that would equip him with top-notch training. In 2015 Brent made a move to Keller Williams Success Realty, where he remained for over three years.

In 2018 Brent received his Real Estate Trainee Appraiser License, he currently uses this license to perform appraisal work for his father’s business, Raymond Williams Realty Services. Between Real Estate sales and Real Estate appraisals he knows Real Estate! January of 2019 Brent decided to move his Real Estate sales license one last time and teamed up with Think Real Estate. Since becoming a Realtor in Bay County, Brent has remained in the top 20% of all Realtors in the county year after year. He works tirelessly for every customer before, during and even after closing.

Are you ready to buy, sell, or invest in Bay County, Florida?
Call Brent Williams, Realtor with Think Real Estate.